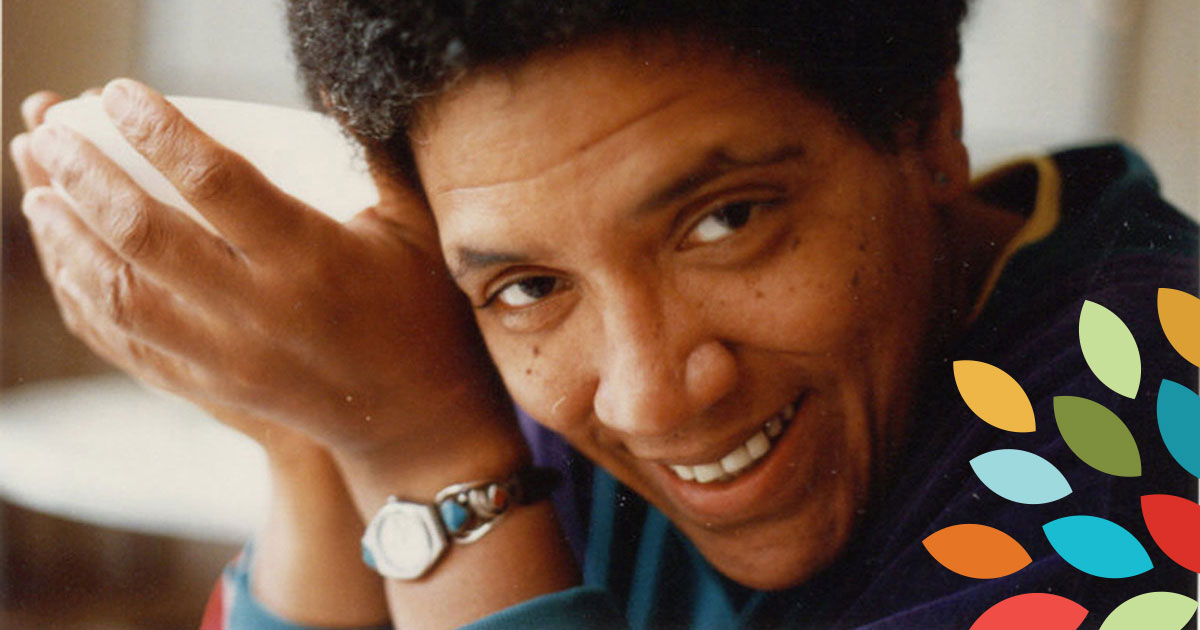 “In our work and in our living, we must recognize that difference is a reason for celebration and growth, rather than a reason for destruction.” -Audre Lorde

Each February, we are reminded to reflect on the triumphs, sacrifices and struggles of Black Americans. Often, though, Black activists and luminaries with intersectional identities can be left out of the spotlight. That’s why this Black History Month, I am highlighting some Black LGBTQ+ people with disabilities who have done revolutionary work for their communities. This first installment features people from the past.

Audre Lorde was a Black poet, essayist and activist. Famously, she described herself as a "black, lesbian, mother, warrior, poet," and these attributes are clear through her writing. In 1977, Lorde was diagnosed with breast cancer. As she navigated treatment, she wrote The Cancer Journals (1980). This collection explores the treatment of women in pain, confronting aesthetic expectations for women, and her own experience with grief. Sister Outsider (1984)—possibly her most well-known book—is a powerful essay collection which explores the intricacies of life in America as a Black lesbian mother battling breast cancer. Lorde died from her cancer in 1990, but her illuminating work continues to be an inspiration.

Pat Parker was a Black poet and activist from Berkeley, CA. In her poetry, she wrote about what it meant to her to be a Black lesbian. She was also a founding member of the Berkeley Gay Women’s Liberation and Black Panther Party, and she worked as the executive director of the Oakland Women’s Health Center from 1978-1988. In 1989, Parker died from breast cancer at the age of 45.

Parker was in correspondence with Audre Lorde through letters from 1974-1989. A collection of these letters titled, Sister Love: The Letters of Audre Lorde and Pat Parker 1974-1989, edited by Julie R. Enszer, was published in 2018. In these letters, the two wrote about their experiences as Black lesbian writers, and Parker confides in Lorde about the pain that she experiences after having her mastectomy. These letters provide an intimate glimpse into the relationship between two women whose lives share many similarities, but who have unique perspectives and experiences that frame their writing.

Marsha P. Johnson was a Black transgender woman who struggled with her mental health throughout her life. She was extremely influential during LGBTQ+ rights movements of the 1960s, ’70s and ’80s. She is often credited for throwing the first brick at the Stonewall Riot, but she countered this claim by stating that she didn’t arrive at the Stonewall Inn until much later that night, after hearing about what had happened earlier in the day. After the Stonewall Riots, Marsha co-founded the Sexual Transvestite Action Revolutionaries (STAR) and STAR House with Sylvia Rivera. This organization provided shelter for homeless transgender youth and organized Stonewall-era LGBTQ+ rights protests.

Jazzie Collins was a Black, transgender, HIV-positive activist from San Francisco, CA, who dedicated her life to assisting elderly, disabled and LGBTQ+ people. She served as the Vice Chair of San Francisco’s LGBT Aging Policy Task Force and of the LGBT Senior Disabled Housing Task Force. Collins also ran the 6th Street Agenda food pantry, and she worked as an organizer for the Senior Action Network—an organization based in San Francisco that empowers seniors and people with disabilities—from 2010-2013.

Even after her death in 2013, Collins continued to be an inspiration. In 2015, the first homeless shelter in the country for adult LGBTQ+ people opened in San Francisco's Mission District. It was named “Jazzie’s Place” in her honor.

Zoe Larsen (they/she) is a queer writer and poet who focuses on LGBTQ+ issues in their writing. They are currently pursuing a B.A. in English from The Ohio State University, and their creative work has been published by Grain of Salt Magazine.