Talking About Invisible Disabilities: The Unique Challenges We Face 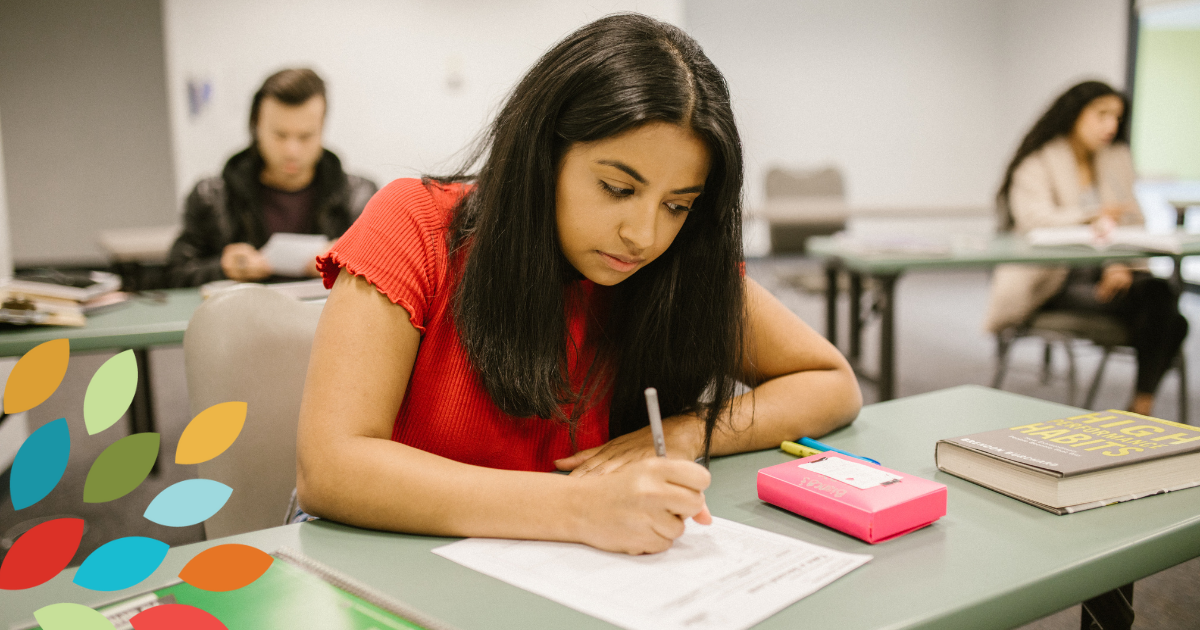 This is the first blog in a four-part series about invisible disabilities.

When August turns into September and midterm season starts to creep around the corner, I find myself wading into a familiar yet dreadful feeling.

My professor for one class stands in front of the room, explaining to us how the exam will be timed and only available during a certain window. My professor for another class follows my movement with his eyes as I walk into class late, feeling fatigued and dizzy.

I don’t even entertain the idea of asking for accommodations from either of them.

The ordeal leaves me feeling exposed and ashamed each time. Asking for accommodations is a gamble—high risk, but with no reward. I’d rather sink into my seat and put up the nondisabled front.

I’d rather blend in with everyone else.

For many people who live with an invisible disability, these kinds of moments are very familiar. It’s often too difficult to explain how or why you need accommodations in the first place.

The number of people with invisible disabilities is significant, too. Based on data from 2012, around 19 million people have an invisible disability. This number could be even higher, now, considering the Covid-19 pandemic and the long-term effects this virus can have on your health.

Since invisible disabilities are common, some people might assume that we navigate our lives relatively easily. We can “pass” as nondisabled, so doesn’t that take the burden of ableism off of us?

While it’s true that passing as nondisabled comes with a type of privilege for some, this mode of stealth still feels like walking on a tightrope at times. We constantly battle whether to disclose vulnerable information about ourselves or endure systematic ableism in silence.

These kinds of experiences make me realize that a common stigma of disability is about what you can readily prove about yourself, too.

Constantly having to prove your status of a disabled person to a nondisabled audience also overlooks that disability is a fluid experience. So called “good days” and flare ups exist for many disabled people.

Not to mention these attitudes can come from your peers as well. Some will assume you’re asking to be considered a “special case.” Others will think you’re lazy or taking the “easy” route.

It’s instances like this that makes many disabled people afraid or just too exhausted to confront the ableism that exists in their everyday lives.

Having an invisible disability can feel like a performance where you’re always trying to appease a crowd that judges you. You can’t go off the script of “passing” as nondisabled or else you open yourself up to ableism and scrutiny. You can’t play the role of a nondisabled person too well, either, or else you won’t be able to vouch for how certain accommodations are necessary for your wellbeing.

Since invisible disabilities often don’t come with any visual cues, we have to rely on others to express understanding and compassion for our disability.

For me, relying on others to grant my wish of needing accommodations takes away a sense of autonomy, though. It’s as if I need a stamp of approval based on arbitrary and rigid standards that can be revoked at any time for any reason.

Pain doesn’t always have to be present when you’re disabled. It doesn’t have to be seen, either.

Angela Lika is a B.A. student at The Ohio State University who writes professionally. Angela’s areas of interest include literature, video games and disability studies—specifically combining all three and analyzing them together.