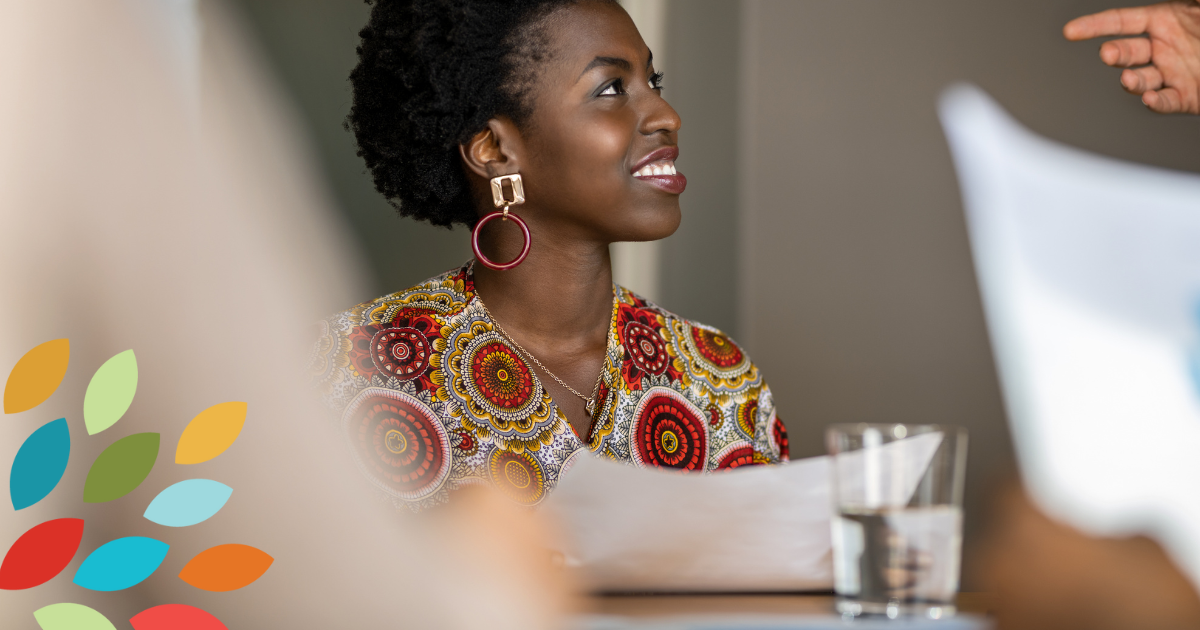 This is the third blog in a series about disability leadership. Read Part 1 and Part 2.

My disability is a huge part of who I am and so is my ethnicity, which happens to be African American.

When I roll into a room where decisions are being made, nine times out of ten, I’m the only person of color sitting around the table. It often reminds me of being caught up in a white-out snowstorm. If there’s another who looks like me, I’m so happy because I assume that although he or she may have had to fight to get a seat at the table, he or she made it.

It’s just like having a group representing women but with no women. Instead, they're all men. Although men are great, it just isn’t going to work if no women are there chiming in. Not to mention, it makes no sense because only we know the issues we face at the end of the day.

Although I consider myself an accomplished advocate, I must admit I was taken aback by a question a grad student majoring in psychology asked me recently when I was giving an advocacy presentation. The student posed the question, “Did you feel you were offered the same opportunities as your white female counterparts with disabilities?” The student that posed the question was also African American and the only black- or brown-presenting student. After thinking over her question, I had to answer honestly with no response.

No matter how much we may not want to admit it, white privilege exists, and it’s alive and well in the disability community, too.

I see a few diverse people with disabilities in leadership roles today, but I often wonder if they are making the decisions or if there are others behind the scenes pulling the strings.

Now, I do know no one in a leadership role gets to make all the decisions, not even the President of the United States, but there’s always one who sits at the top to bring forth an agenda that they think will stimulate change. I would like to see people who look like me in those kinds of leadership roles sometimes because it gives me hope that one day I can, too.

The whole topic of “diversity” isn’t discussed as often as it should be, especially in disability circles. It makes people feel uncomfortable to take a hard look at themselves. Although it's an uncomfortable topic, it must be put on the table if we are to become an inclusive society.

As we move forward with the intent of advocating for those with disabilities to take on greater leadership roles, let's be cognizant that the table must be diverse with people of different disabilities and ethnicities as well.