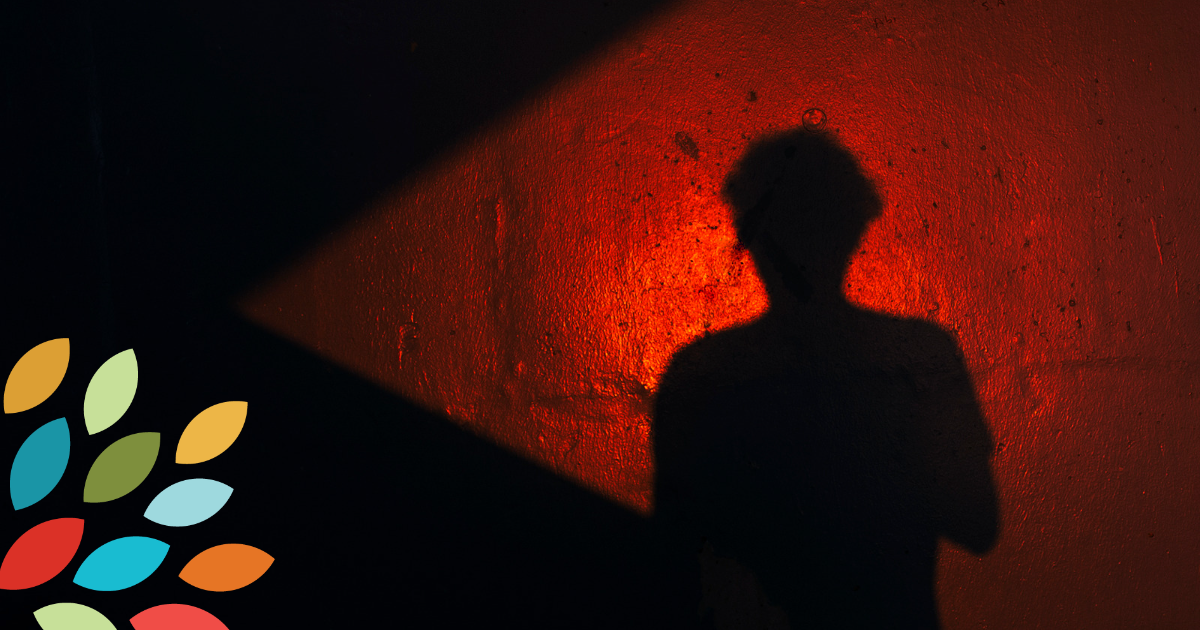 The United Nations released data in 2019 that one in seven people in the world, over one billion people, has a disability. The rights of people with disabilities are not universal, and the lack of education, support and services only help perpetuate stereotypes and biases against the disability community. I was born and grew up in Guinea. Guinea is a coastal country in West Africa. It is a beautiful country that has been marred by colonialism and mining for natural resources, which has resulted in political instability and ongoing conflict. In 2012 a U.S. State Department report on Guinea found that the country currently lacks any laws that prohibit the discrimination of people with disabilities. Statistics like these are common throughout the world, and it is easy to detach from the data, but the Adult Advocacy Centers’ model makes us pause and take the time to listen to the stories behind the appalling numbers.

My aunt and uncle lived in a small rural village in Guinea and had been married for two years. This was their first-born child, a beautiful daughter. She was named M’balou. Medical care in Guinea is based upon financial resources, and my aunt was limited in her medical choices. The doctors told my aunt and uncle that M’balou had Down syndrome, although as time went on, other undiagnosed disabilities became apparent. The hospital did not have the proper diagnostic equipment, and there was no educational training surrounding caring for a child with disabilities. In Guinea, people fear disabilities, and some equate disability with a curse. Within a short period of time, my aunt realized that my uncle did not want to interact with their daughter and ignored her presence. A few months following the birth of M’balou, they decided to separate. A year later, my uncle left the village and relocated to Monrovia in the nearby country of Liberia. He never claimed M’balou as his daughter and abandoned my aunt.

As a result of his departure, my aunt moved back to her family home. The move was a readjustment for her, and some of her family members were reluctant to form a relationship with her daughter. She was forced to take care of M’balou as a single parent. Being a single parent in Guinea can be extremely difficult. Women are encouraged to stay married and work through their marital issues. Some people view marriage as finite, the ultimate success for a woman. My aunt was viewed in a negative light and was ashamed of her failed marriage. In the village, she was known as “That woman that could not keep her marriage.” She had never traveled anywhere outside of her village. But she loved her life, her family and friends.

The birth of M’balou came with significant challenges. She had to find financial resources to care for her daughter and educate people just to get them to be around M’balou. The fact that she had to do this alone made it even more challenging. My aunt reached out to other relatives located in the capital city for financial support. She received a lump sum of money; it was not much, but she was grateful for it. She would sell food (Lafidi) in the local market every morning for income. As the years went by, she was ostracized most of the time from the rest of the community. She even lost support from her close friends, who did not want to be around M’balou or to allow their children to play with her. My aunt felt abandoned and alone. M’balou lived a life of social isolation, even though my aunt tried very hard to include her in everything. Society consistently rejected them both.

There were no programs or any elements of inclusion for individuals with disabilities, particularly intellectual and developmental disabilities, in their village. But living in a village wasn’t the barrier entirely—it was a reflection of the lack of disability inclusion throughout the whole country. M’balou could not attend school or any recreational activities. My aunt was consumed with sadness and hopelessness. She worried about her daughter’s health and her own future.

At the age of 14, M’balou was raped. She had gone to the river nearby to wash her clothes. She had a specific routine; she would wash her clothes at the river and take them home to hang them to dry. This time her routine was slightly different, and she did not come home. As it started to get dark, my aunt started to panic. She anxiously walked to the river. She found M’balou in the bushes on the other side of the river. Her blouse was ripped, and her wrap had blood on it. M’balou started to cry when she saw her mother. She could barely move. She lacked energy. My aunt asked her what happened, and she pointed at her private parts and repeatedly said, “They hurt me here.” My aunt started crying and screamed for help. It was dark and no one was around, but they managed to get home. My aunt helped M’balou get cleaned, helped her lay in bed and made some warm soup. In the morning, my aunt rushed to the local police to explain what happened.

The local police did little to help her find the men who raped M’balou. The agent only told my aunt that they would “ask around and investigate.” M’balou was never interviewed by anyone, and she did not receive any medical care or a rape kit. After this happened, M’balou would not go anywhere near men. She feared family members who were male. My aunt went back to the police station a few weeks later for an update. The police station was closed with no sign on the door. She made another trip to the police station days later. The agent informed her that they had not found the person who raped M’balou, and, in fact, that person was never identified. M’balou endured an unimaginable level of trauma from the rape. She was not given counseling and never had even one friend to confide in. M’balou suffered alone, and her voice was silenced.

My aunt never recovered from her own trauma from facing an apathetic justice system. She felt helpless, angry and defeated. It all culminated, along with the trauma, into severe major depression. Some days she barely left her room. She had no appetite and started to lose weight. She complained of pain, but she could not describe the type of pain she was feeling. Family members did not know anything about mental illness, and it was taboo to discuss or claim. My aunt never received any treatment for her mental illness nor a formal diagnosis. It slowly began to consume her. M’balou felt alone, and no one stepped in to comfort and care for her. M’balou had never seen her mother in this state, and she was confused and lost, but she never left her mother’s side until her death.

I have often wondered how drastically different the lives of my cousin and aunt would have been if Guinea had laws against disability discrimination and the social stigma of disability was replaced with an understanding of how interconnected we all are. The disability community is the only community where everyone has the possibility of being a member, if nothing else due to the aging process alone. With the ability to attend school and to have a social life, who could M’balou have become? In the aftermath of the violence committed against M’balou, what if she had been able to receive medical attention from a forensic nurse examiner? How would my aunt’s life have been altered if the justice system treated M’balou’s case as one worthy of following a protocol and conducting a comprehensive investigation? And what would the future have been like for my aunt and M’balou if forensic interviewers from the Adult Advocacy Centers, trained in serving victims with disabilities, had been there to listen as M’balou communicated in whatever way she wanted to? How would our lives have changed if M’balou was able to tell her own story instead of the story that was ultimately created through silencing her voice? These are questions that will never be answered.

When I was asked by the Adult Advocacy Centers to be the vice president of the Board, I felt like my life had come full circle. The Adult Advocacy Centers model focuses on the three steps that each survivor will encounter through the criminal justice system: reporting, investigation and support services. This has resulted in the first ever series of forensic interview protocols for adults with disabilities, including interviewing survivors who do not use speech as their primary method of communication. Virtual trauma training has been created (and offered for free) for mental health professionals to gain additional skills to support crime survivors with intellectual and/or developmental disabilities. Trainings have been developed focusing on accommodations and accessibility in relation to law enforcement interactions with the disability community. The Adult Advocacy Centers model was created to be adapted to any environment, community and culture. For the model to be effective, it must have the knowledge, leadership and understanding of the people it is designed to serve.

I am now part of an organization that is not giving a voice to people like my cousin, M’balou, because they have always had a voice. Instead, they are training people how to listen to their stories and value the strength of their survival. Disability is not shameful, but the denial of someone with a disability is. It is important to be aware that trauma does not only affect one person. Elements of the trauma can become part of the whole family or even future generations. This is the time to say to our nieces, nephews, daughters and sons that disability is just part of who you are. It doesn’t make you better or worse than anyone else. You may have to do things a bit different, but your place is right next to everyone else. Sometimes, it is as simple as saying, “I love you exactly as you are.”

With over 17 years of experience working with individuals with ID/DD, Madoussou Buckley is an accomplished advocate. She is very passionate about equal access, human rights and assistive technology. Madoussou received her Bachelor of Science degree in Human Resource Management from Franklin University and a Master’s degree in Human Resource Management & International Business from DeVry University’s Keller Graduate School of Management. In addition, Madoussou is a certified Scrum Master. While adhering to her commitment to corporate sustainability, Madoussou uses her skills in the global market through integrated information technology and digital marketing solutions. Gaining new perspectives and collaborating with people with different background has afforded Madoussou the opportunity to spend portions of her life abroad. Madoussou is fluent in four additional languages: French, Fulani, Mandingo and Susu. In her free time, Madoussou loves reading, yoga, traveling the world with her husband and socializing with friends and family.