Words and Language Matter, Part 3: How We Talk or Write about Dementia or Alzheimer's Disease 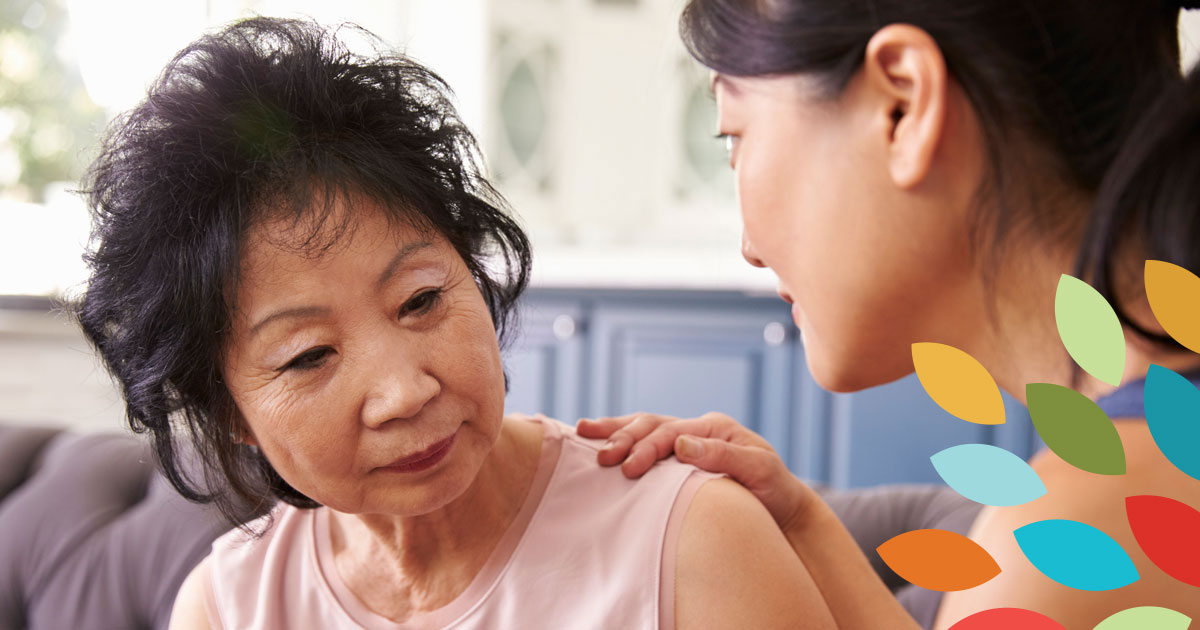 This is the third blog in a series. Read Part 1 and Part 2.

Language matters when we talk or write about dementia or refer to individuals living with dementia. Not only is derogatory language disrespectful and inappropriate, it can be stigmatizing and discriminatory. Likewise, it can reinforce stereotypes about dementia as well as normal aging.

The general public is bombarded with both accurate information and misinformation about dementia. Sources, some of which are not vetted, include: social media; newspapers and magazines; books; websites that provide important data and information and seek donations for advocacy efforts and research; and songs about dementia. When addressing the challenges of living with dementia, some sources of information may use sensationalizing words, such as “tragic” and “hopeless.”

“Dementia” is a widely used umbrella term for a collection of symptoms that are caused by brain disorders. It does not represent and is not caused by one specific disease. There are different types or forms of dementia, each with different “causes” and possible disease trajectories, in terms of functional decline. Types of dementia may be due to Alzheimer’s Disease, frontotemporal neurocognitive disorder, Lewy Bodies, Traumatic Brain Injury, Parkinson’s Disease and Huntington’s Disease. Symptoms may include difficulty with attention, social cognition (e.g., recognizing different emotions), communication, cognitive functioning, executive functioning (e.g., decision-making), learning, and perceptual-motor functioning.    Note that memory impairment is not a requirement for receiving a diagnosis of all types of dementia.

Only a minority of people with symptoms of dementia are under age 65. They should be identified as individuals living with younger onset dementia.

Individuals living with dementia are so much more than their diagnoses, having multiple multi-dimensional identities. Dementia is not the defining aspect of their lives. They have unique experiences, histories, personalities, lifestyles, values and principles, and sociodemographic identifiers. The symptoms and progression of their disease will differ even between people diagnosed with the same specific type of dementia. Over time, however, individuals living with different dementia types are likely to have increased difficulty with attending to activities of daily living and will need more assistance from informal and/or formal caregivers. Their work life, family life, and social life will be adversely affected at varying levels.

Talking or Writing About Clinical Manifestations of Dementia

When referring to the symptoms of dementia, use language that describes the symptom (e.g., difficulty communicating, word-finding difficulty). Do not use symptom-related labels when talking about individuals with dementia, like “Screamer” and “Wanderer.” The long-term ramifications of having different dementia types can translate into “disabling” and “stressful” symptom changes and progression. However, it is preferable that the effects aren’t identified with terms such as “unbearable” and “devastating.”

It is important to note that behavioral changes that may feel “challenging” for caregivers to respond to can be indicators of unmet needs and the person’s inability to express “what’s wrong” in an easily understandable way. Pain and its level of severity are unmet needs that may be especially difficult to identify and to manage or resolve. Other unmet needs may be related to being afraid, being unable to indicate abuse or that uninvited others are entering their room, and so forth.

When we refer to those living with dementia, it is preferable to use person-first language.  Examples include “person living with dementia or “individual with the diagnosis of dementia (or specific type of dementia).” Do not use words or phrases like “demented person,” “demented,” “mentally ill,” “senile,” “shell” or “fading away.” Instead, use empowering terms.

Individuals will vary in their language preferences, including how they want to be addressed, and this may change across their disease trajectory. Some advocates living with dementia may be quite proud as they fight stigma and challenge the status quo, regardless of any of their perceived limitations. They may prefer identify-first language, referring to themselves as dementia mentors, dementia warriors or dementia activists.

However, especially in the later stages of the disease process for different types of dementia, people other than the individuals living with the disorders may definitely prefer to use person-first language. At the later stages, individuals living with dementia types (such as Alzheimer’s Disease) may not be able to speak for themselves and will not be able to state their preferences.

As far as how best to address someone in general, it is fine and makes sense to simply ask, “May I call you by your first name?” rather than assuming it is OK to do so. Older individuals may prefer more formal identifiers, for example, “Mrs. Brown.” They may find it disrespectful and even annoying to be called “honey,” “sweetie,” “Miss (first name)” or “dear.” Also, calling someone by his or her name may help to orient them.

Despite research design limitations, the reports raise relevant issues and set a direction for what could be done to reduce confusion caused by misinformation as well as stigma surrounding dementia. Here are some issues they believe need to be addressed:

As noted, inappropriate and derogatory language can be discriminatory, traumatizing and stigmatizing. It makes a difference in how we think about with dementia and their value in our society. It is important to remember that the progressive disease trajectories of individuals with different types of dementia vary. Individuals with dementia matter, contribute to our society when able and continue to make a difference. Their voices need to be heard, they need to be “at the table” when advocacy efforts are implemented, and they are not throw-aways.

Notably, recent solid research has drawn attention to the strong link between people getting an initial diagnosis of dementia and the risk of suicide and completed acts of suicide. Clinicians need to consider how to frame discussions about this diagnosis, how to offer support, and how and when to discuss next steps, like getting things in order or considering long-term care options. Physicians and other medical care providers need to be knowledgeable about trauma-informed and trauma-responsive care.  They also need to be well-informed about resources in the community for mental health information and care, social services and support.

However, each person’s “entrance” to seeking information and receiving a correct diagnosis varies. For many people, the “first-stop entrance” may involve retrieving information on the internet, mental health professionals or agencies and professionals in the aging network. An actual diagnosis ultimately will involve a medical care professional, who will rule out other possible causes, commence with neurological and other forms of testing and make the diagnostic determination. The coordination of services must be multidisciplinary and meet all types of needs by the individual with dementia as well as their primary caregivers.

Diana Spore is an advocate for individuals facing mental health challenges and those who are living with dementia, a writer/editor, and a mental health consumer in recovery. Spore received her Master’s degree in Gerontological Studies from Miami University (Ohio), and earned a PhD in Human Development and Family Studies, with a concentration in aging, from Penn State. She completed postdoctoral training at Brown University. Spore’s areas of expertise include mental health and aging, mental health recovery and trauma-informed care, medication optimization, long-term care, caregiving, and psychotropic drug use and inappropriate drug use among older adults. She is a former Board member of the Mental Health and Recovery Board of Ashland County (Ohio; MHRB). She was Editor-of-Chief of TAPESTRY OF OUR LIVES, an anthology of works created by individuals in recovery, a project that was done under the auspices of the MHRB. Spore served as Project Lead for a “Writing for Recovery” initiative, MHRB, and engaged in all aspects of the project, which has resulted in sustained spin-off efforts. Diana Spore has expertise in creative writing, writing for recovery, journaling for caregivers, legacy writing, and advocacy writing.